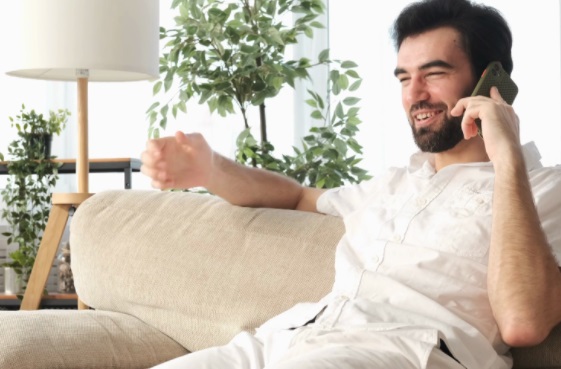 When you’re just starting to get to know one another, texting is never a good idea. Sure, it’s convenient, quick, and low-key, but it’s also very easy to have misunderstandings or to feel rejected or neglected.

Once you get to know each other better, you can decide how you want to interact. But for the first little while, skip the texts and pick up the phone. You’ll be so glad you did!

Texts have a way of missing the mark. If you or the other person isn’t gifted at writing, what you’re attempting to say might come across as abrupt, too forward, or missing something entirely.

Plus, when you’re texting with someone, you don’t have their complete, undivided attention. If they are working, you might not get a response right away. Maybe they’re distracted with other things. A short, terse response doesn’t always sit right, but the motivation behind it could be completely innocent. Either way, it’s easy to blow things out of proportion and read something into the message (or lack of it) that doesn’t exist.

Here are a few things you will and won’t get from texts:

Making the Effort
There’s enormous value to be gained when both of you make an effort to speak over the phone. You are showing each other that you’re willing to take the time; you can hear each other’s voice, allowing for conversations to build organically and to experience the connection and chemistry you have together.

There’s much science to prove that texts dehumanize the human connection. So, if you are serious about dating and finding your true match, you need to make a commitment to yourself and your partner: skip the texting and opt for phone calls instead.

The connection you make in those critical early days of dating sets the stage for everything that’s to come. Make it good, make it meaningful, and show each other who you truly are inside. Phone calls might seem a little old-fashioned in this day and age, but you’ll be glad you made the effort.

Come back often for more great dating advice, or reach out today to find out how we can help you meet your match.

How Singles Are Meeting Their Match During the Pandemic
February 19, 2021
Go to Top